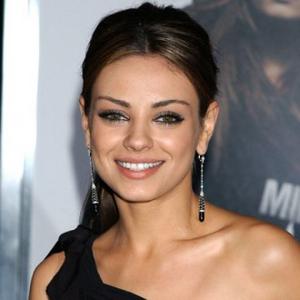 The 'Book of Eli' actress - whose character is involved in a steamy sex scene with the 'Closer' star in the film - admitted while playing out the graphic scenes was awkward, it was made easier by the fact that the pair were friends before they began shooting the movie.

She explained: "Anytime you do any intimate scene on film, it's going to be a little uncomfortable, whether it's the same sex or the opposite sex.

"The truth of the matter is that we were friends before we started the film, so that made it a lot easier."

However, the brunette beauty insists the scene wasn't just put into the movie to provoke a shock among audiences.

Mila added to Collider: "We didn't really discuss it very much. We just kind of did it. It made sense for the character. It wasn't put in for shock value. It wasn't something that we needed to justify in our heads, as to why we were doing it. That was it."