Mila Kunis wants to get pregnant again as soon as she gives birth to her first child in ''less than a month'' because she wants her children to be close in age. 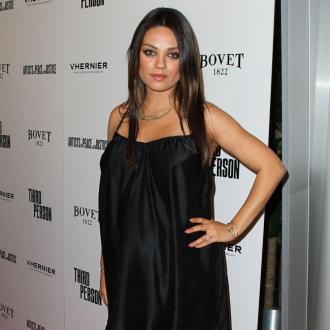 Mila Kunis wants to get pregnant again as soon as she gives birth to her first child.

The 'Black Swan' star, who is preparing to give birth to a baby girl in ''less than a month,'' is reportedly eager to have another child with fiancé Ashton Kutcher next year.

A source told gossip website RadarOnline.com: ''She wants to get pregnant again right after this child is born, and she is cleared to do so by her doctor. She loved being pregnant and wants all of her children to be close in age.

''They both want a big family and have been telling everyone this.''

The 30-year-old actress hopes to have a natural birth, but 'Jobs' star Ashton, 36, doesn't want to see her in pain.

The insider said: ''Mila was going to do an all-natural birth with no medications or sedatives, but she has been advised against this because she is such a small girl.

''Ashton will not accept this and refuses to see her in pain.''

The heartthrob, who was previously married to Demi Moore, plans to be a hands-on strict father.

But the source said: ''Ashton will not allow his children to become spoiled Hollywood kids. Do not expect to ever see them on any carpet.''

The couple, who got engaged earlier this year, are planning to get married next summer.