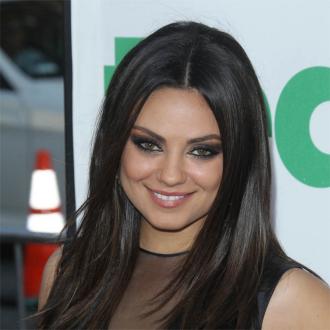 Mila Kunis wants to star in the big screen adaptation of 'Fifty Shades of Grey'.

The Sun newspaper: ''There are times when you just want to do something fun and different, because you're going to have a good time doing it.''

As well as Mila, several stars have been linked to the part of Anastasia including 'Harry Potter' actress Emma Watson and brunette beauty Keira Knightley, but the 'Pirates of the Caribbean' star has confirmed she will ''definitely not'' be taking on the raunchy role.

What's more, a number of male stars have been linked to the role of Christian - who introduces Anastasia to the world of bondage and kinky sex - including Channing Tatum, Ryan Gosling, Tom Hardy and Jake Gyllenhaal, who is keen on portraying the lead male.

When asked if he would consider taking on the part, Jake recently said: ''Yeah, of course! I always want to work, man, of course.''