Mila Kunis wants to be a 'sexy' bride

Mila Kunis wants to ''feel sexy'' at her wedding to Ashton Kutcher next year and has reportedly started gently exercising and is sticking to an ''extremely healthy'' diet after giving birth to their daughter, Wyatt, last month. 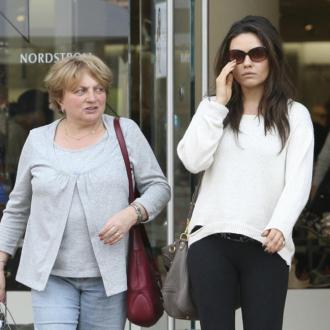 Mila Kunis wants to ''feel sexy'' at her upcoming wedding.

The 31-year-old actress, who gave birth to daughter Wyatt Isabelle with fiancé Ashton Kutcher late last month, has reportedly started gently exercising and is sticking to an ''extremely healthy'' diet in a bid to regain her pre-pregnancy figure before they tie the knot next summer.

A source close to the 'Oz the Great and Powerful' star told gossip website RadarOnline.com: ''She cannot wait to feel sexy again. She has started a very gentle cycle of postpartum yoga and going on walks with Wyatt until her doctors give her the green light to start intense workouts, which should be by the end of this month.''

The insider added: ''She has been such a sport about this whole pregnancy thing. But she is eating extremely healthy right now and will only allow natural foods into her body as well as the body of her daughter.

''Mila is a tiny girl and already looks like her old self again, but she really wants to get her banging body back in time for the wedding.''

Mila and Ashton, 36, who got engaged earlier this year after less than two years of dating, are planning to get married next July.

Another source previously revealed: ''[It] will be next July. They want to focus on their daughter first.''