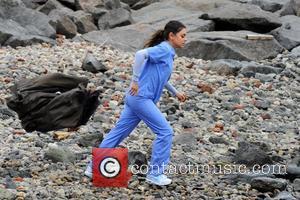 Esquire describes Kunis as "the most beautiful, opinionated, talkative, and funny movie star that we've all known since she was nine." Born in Ukraine, the 29 year-old is known for myriad roles, including Jackie from That '70s Show, her supporting role in Forgetting Sarah Marshall, her part in Black Swan, the voice of Meg on Family Guy, and her starring role alongside Justin Timberlake in Friends with Benefits. In addition to being an accomplished thespian, Kunis wont shy away from real life, hard-hitting political issues: "The way that Republicans attack women is so offensive to me,” she explained in her interview for Esquire. “And the way they talk about religion is offensive. I may not be a practicing Jew, but why we gotta talk about Jesus all the time? And it's baffling to me how a poor person in Georgia can say, 'I'm a Republican.' Why?"

Her acting prowess, comedic style in Family Guy and wider knowledge of contemporary matters is probably what enamoured the judges, and ultimately led to her being named Sexiest Woman. Well, that and the fact that she’s stunning. Still, it’s nice to see a role model with a sensible head on their shoulders. Mila’s next project is the Spring release of Oz: The Great and Powerful.