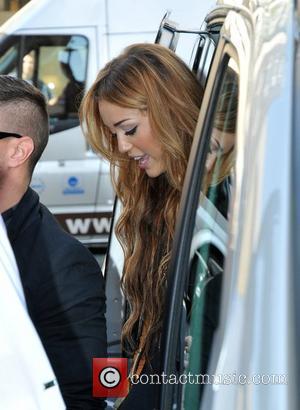 Miley Cyrus has split from her actor boyfriend Liam Hemsworth after an argument at her Los Angeles home, according to a U.S. tabloid report.
The stars, who met on the set of their film The Last Song in 2009, were allegedly living together at the singer/actress' new mansion in Toluca Lake but Hemsworth is said to have moved his belongings out following a fight last month (May10).
The National Enquirer reports Cyrus was jealous of Hemsworth's rapid rise to fame after landing a top role opposite Sir Anthony Hopkins in the forthcoming Arabian Nights, while the Aussie star has reportedly tired of the 17-year-old's parents interfering in their relationship.
A source tells the National Enquirer, "The result was a vicious fight - and Liam bolted. He said he's tired of her folks' interference, and that Miley's jealous that his film career has taken off."
Hemsworth, 20, is said to have since moved back in with his brother Chris at the Hollywood apartment they previously shared.
And Cyrus herself appears to have confirmed the romance is on hiatus - when asked by the tabloid about their relationship status, she is quoted as saying, "(We) are on a break."
The insider adds, "Miley, her family and all her baggage are too much for him to handle."