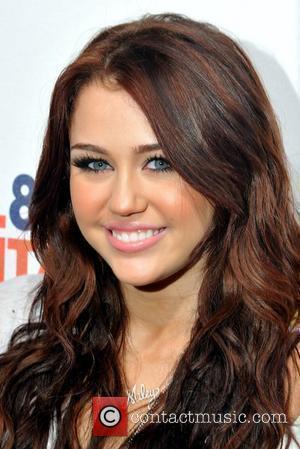 Miley Cyrus has fuelled rumours she is dating her THE LAST SONG co-star Liam Hemsworth - they have been pictured enjoying a passionate kiss on holiday.
The pair, who play young lovers in the upcoming drama, headed to Paris, France last week (begs07Dec09), and were photographed in a sizzling clinch during a stroll on the Champs-Elysees on Thursday (10Dec09).
The Hannah Montana star, 17, has previously denied a romance with 19-year-old Hemsworth, insisting he is a "wonderful friend".
But gossips were sent into a spin in August (09) when she was reportedly seen locking lips with hunky Hemsworth at Nashville International Airport in Tennessee - and the latest photos will add to the speculation.
A friend of the singer/actress tells Britain's News of the World, "Miley's really into Liam."