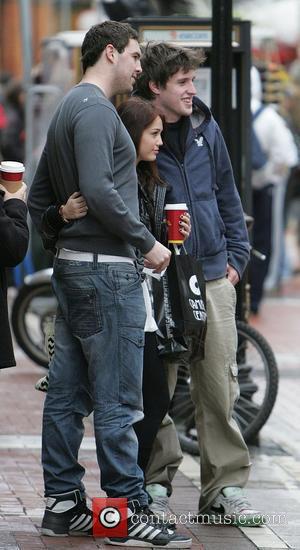 Miley Cyrus is going Aussie for her rumoured boyfriend Liam Hemsworth - the actor has been teaching her the lingo from his native country.
The singer/actress met Hemsworth on the set of new movie The Last Song and they grew close as they filmed together in Georgia.
Cyrus, who split from model Justin Gaston earlier this year (09), has been rumoured to be dating the Aussie and the pair fuelled speculation of a new romance when they were photographed kissing in Paris, France, earlier this month (Dec09).
Cyrus has now revealed the star was by her side when she fell ill in September (09), which led to the cancellation of three gigs on her U.S. tour, and Hemsworth nursed her back to health by giving her a book of Australian phrases - to help familiarise her with the country's slang.
The Hannah Montana star tells Australian radio show Take40, "Liam actually went to Australia and then came back. The first night he came back - I had gotten really sick - he brought me back a book to make me laugh, of all the lingo. He was like, 'I've never heard half of this stuff but some of it's pretty funny!' It's really funny how different yet alike America and Australia are."
The 17-year-old recently purchased a new puppy - and she's even given it an Australian name in honour of Hemsworth.
She adds, "I just bought a little German Shepherd and I named it Mate because I always say 'mate' now to Liam. So that's my little German Shepherd dog's name."
The news comes after Hemsworth's actor brother, Chris, appeared to confirm the couple's relationship in a recent interview with the show, saying, "Miley is a very sweet girl, she is a talented actress and really down to earth. They (Liam and Miley) are very happy together."