Miley Cyrus Admits She Is Dating

Miley Cyrus has confirmed she will not be going on a trip to Australia as a ''single'' girl, and is still close to her ex-boyfriend Liam Hemsworth. 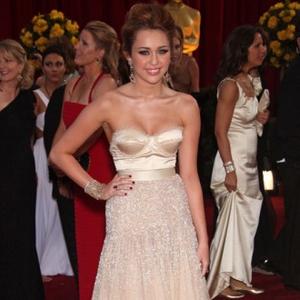 Miley Cyrus is "not single".

The singer-and-actress - who was recently romantically linked with British actor Joshua Bowman after meeting him on the set of new movie 'So Undercover' - "loves" Australian boys, including her ex-boyfriend Liam Hemsworth, but does not plan to fall for one on a forthcoming trip Down Under as she is in a relationship.

"Liam and I are very close, I'm not going to comment too much, but you guys don't have to worry about that ... I'm definitely not coming to Australia single."

Miley, 18, also revealed she is not a fan of social networking site twitter because she doesn't want to be "hypocritical" by encouraging interest in her personal life.

She told 2Day FM's Kyle & Jackie O Show: "I do not tweet, I do not social network, I try to stay out of it ... for me, I complain enough about people knowing too much about my private life, so to go out there and exploit myself would be silly and hypocritical of what I stand for."

The 'Last Song' actress was said to be "inseparable" from Joshua at the wrap party for 'So Undercover' earlier this year, but were taking things slowly.

A source said: "They were inseparable at the movie's wrap party but Miley's back in Los Angeles at the moment and Joshua's in Louisiana, so they're going to see how it goes."