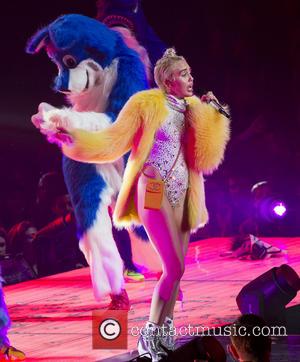 The two pop stars hit the Sing Sing Karaoke bar, along with Cyrus' mother Tish and fellow singer Sky Ferreira, and were keen to show off their skills.

Cyrus and her mother sang several songs together and were reportedly so good that one witness told New York Post's gossip column Page Six, "No one in the crowd wanted to follow her."

Allen, who is currently the opening act on Cyrus' Bangerz tour in the U.S., then reportedly performed her own karaoke set at the bar, before Cyrus heard her smash hit Wrecking Ball being sung by a group in another room and surprised the revellers by jumping on stage with them.