Pop Star Miley Cyrus Is Backing A Campaign To End The Hunting Of Lions By Tourists In South Africa. 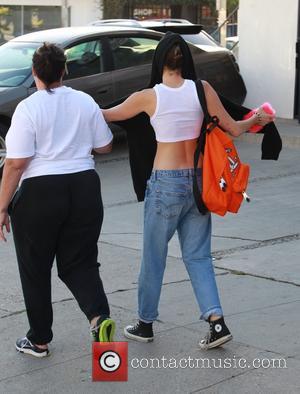 Picture: Miley Cyrus - Miley Cyrus arrives at Gracias Madre restaurant in Beverly Hills. The singer wears her hoodie back to front and hides her face...

The Wrecking Ball star has thrown her support behind a petition calling for officials in the country to ban the practice of breeding lion cubs to be killed for sport.

Miley posted a message on Instagram.com sharing details of the campaign and writing, "This is f**kkkked (sic) up."

A message posted alongside the petition, which is aimed at the South African Department of Environmental Affairs, reads, "Baby lion cubs... are bred every year for no other purpose than to be shot by tourists.

"These 'Blood Lions' are taken from their mothers... and are hand reared by their owners who tame them so they are easier to kill... They are sent to a game reserve where they are stuck in small, crowded pens with dozens of other cats. Pictures of the lions are then taken and put on the Internet so that tourists from around the world can pay thousands of dollars to claim them as the victims of their next hunt in a practice known as 'Canned Hunting'."

Other stars to support the petition include actresses Alicia Silverstone and Talulah Riley.

It had garnered 179,033 signatures as WENN went to press.