Miley Cyrus has publicly acknowledged her relationship with Liam Hemsworth after being spotted with him in Colombia where her 'Gypsy Heart' tour is currently showing. 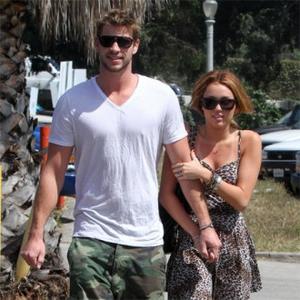 The singer-and-actress recently reconciled with the Australian hunk - whom she broke up with in November after 18 months of dating - and after being pictured with the actor while touring South America, she took to twitter to express her delight at their visit.

She tweeted: "Thank you Columbia =] Had such a great time! So happy I was able to spend time and enjoy your beautiful country with my BOOOOO. XX. (sic)"

Miley, who was in Colombia for her 'Gypsy Heart' tour, was also happy to be photographed by fans as she walked around with 24-year-old Liam.

Though Miley has not confirmed she is back with Liam, the 'So Undercover' star recently revealed that she is "not single".

"Liam and I are very close, I'm not going to comment too much, but you guys don't have to worry about that ... I'm definitely not coming to Australia single."