Miley Cyrus was embarrassed when she was surprised by a group of strippers during a recent TV appearance because she finds the male dancers ''gross''. 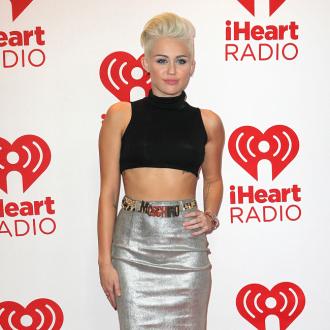 The 20-year-old singer-and-actress - who is engaged to Liam Hemsworth - was stunned when she was surprised by a troupe of scantily-clad males during a recent appearance on the Ellen Degeneres show, and insists she doesn't find anything about their show sexy.

She said: ''I'd never seen a guy stripper before that show. One of them was cute, but typically, it's the one you don't want sitting on your face that does. Gross!''

Miley was so embarrassed by her encounter with the strippers, she planned to ask Liam not to watch her interview - but social media meant he already knew about it before she returned home after filming.

She said: ''I was going to tell Liam, 'Don't watch Ellen tomorrow. Someone's butt was on my nose,' but I came home and he said, 'So everyone was tweeting pictures of you with strippers...' ''