Miley Cyrus' Home Up For Sale After Burglary 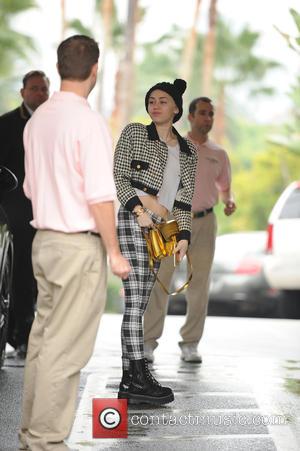 Picture: Miley Cyrus - American pop star Miley Cyrus and her boyfriend Patrick Schwarzenegger were spotted as they arrived at The Beverly Hills Hotel in Los...

Miley Cyrus' luxury home in California has been put up for sale following a series of burglaries at the property.

The pop star's family mansion in Toluca Lake has been targeted by thieves several times over the last few years.

Cyrus' Maserati sports car was stolen along with jewellery and clothing last June (14), while the house was also burgled in November, 2013 just days before the singer's 21st birthday.

The six-bedroom house, which boasts a state-of-the-art security system and cameras, is now on the market for just under $6 million (£3.8 million).