Tish and Miley Cyrus Rally Over Twitter To Save The Horses

We've known for a while that Miley Cyrus has a soft spot for horses, so the latest cause proposed by her mom was right up Miley's alley. 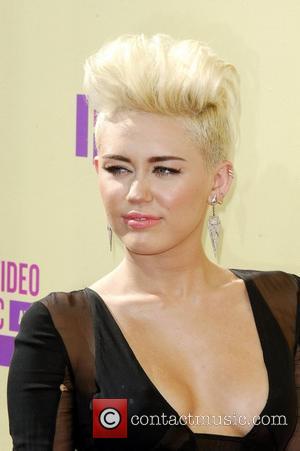 There’s never a shortage of causes for celebs to rally behind and Miley Cyrus’s latest pet project probably won’t come as a surprise.

Yesterday, after a flurry of tweets in her horse onesie, the Can’t Be Tamed singer voiced her support for a petition to ban all horse-drawn carriages in New York. Miley tweeted a link to the petition online, at the suggestion of her mother, who was the first to get behind the ban. "Miley grew up around animals and with all our horses growing up, so she is very passionate about protecting all animals," mom Tish Cyrus explained for E!News. It made sense then, to try and use Miley’s enormous fan base to raise support for the petition.

"Miley's fans have been amazing," says Trish "We were trying to reach at least 100,000 people signing the petition and, after Miley tweeted, her fans got us 6,000 signatures in a few hours and pushed us over. We couldn't have done it without all her fans." Tish and Miley Cyrus band together against animal cruelty.

Miley isn’t the only one, who has joined the good cause. Some other supporters of the petition include Alec Baldwin, Lea Michelle and Pamela Anderson and Joan Jett, according to Trish, who is urging everyone to visit www.StopHorseAbuse.com for more information.