Miley Cyrus invites Jesse Held to live with her

Miley Cyrus is currently living with her homeless friend Jesse Held, who she recently took to the MTV Video Music Awards in Los Angeles. 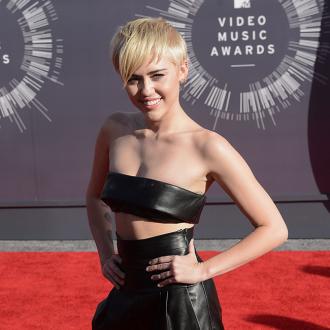 Miley Cyrus is living with her homeless friend Jesse Held.

The 'Wrecking Ball' singer shocked onlookers at the MTV Video Music Awards in Los Angeles on Sunday (24.08.14) by turning up with a homeless friend, and Miley has now gone a step further by inviting Jesse to move into her home.

A source told the Daily Star newspaper: ''This is all part of Miley's reinvention. Her mum Tish brought in a new team of advisors to give her a make-over after she lost a lot of support with her extreme antics and sexy performances.

''Taking him as her date to the VMAs worked really well for her and she wanted to help Jesse in other ways.

''He's being given top treatment at Miley's home by a team of staff doing his laundry and cooking for him. She now wants to be seen making a difference.''

The 21-year-old pop star shot to Jesse's defence on Tuesday (26.08.14) after it was revealed there was a warrant out for his arrest.

She tweeted: ''People who are homeless have lived very hard lives. Jesse included.

''I hope that this can be the start of a national conversation about youth homelessness and how to end it.''

She added: ''While they obsesses over one homeless mans legal issue lets help the other 1.6 million homeless youth (sic)''

Jesse collected the award for Video of the Year on Miley's behalf at the VMAs.