The 52 year-old country music singer also thanked all of Miley's fans because "their love and support has been tremendous." 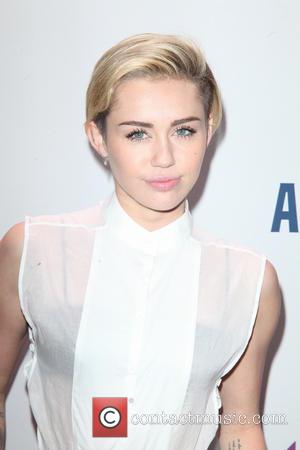 The 21 year-old pop star was hospitalized on April 15th after suffering an allergic reaction to antibiotics she was taking.

After a week of receiving treatment from doctors, she was finally released on April 24th.

But Miley's health quickly deteriorated as her symptoms returned, which forced the 'Wrecking Ball' singer to cancel her sold-out concerts in Amsterdam and Antwerp that were scheduled for this weekend.

However, according to her father, Billy Ray Cyrus, Miley is well on the road to recovery.

On Thursday the country music singer attended the iHeart Radio Music Awards and gave reporters and update on his daughters condition.

"I'm here to say thanks to the fans," he told People on the red carpet at L.A.'s Shrine Auditorium. "Their love and support has been tremendous."

"She's doing much better, thank you for asking," Billy Ray continued. "You know, right now we're just getting her back, healthy."

Adding, "She had an allergic reaction to antibiotics. She's feeling much, much better. The tour resumes this weekend and 'Bangerz' train is back on track."

Since suffering from the allergic reaction, the 'We Can't Stop' singer has been forced to postpone several 'Bangerz' shows, and as the cancelations increased the pop star decided to move all of her remaining US dates to August.

MORE: Why Miley Cyrus Told Jennifer Lawrence To "Get It Together" At Oscars Party

Cyrus opened up about her hospital stay when she phoned in for an On Air With Ryan Seacrest radio interview.

"I was on this medicine for five days-everything was all good-and on the sixth day, I just woke up and it was so scary," she recalled to Seacrest. "When you're allergic to something, you're basically poisoning yourself, so I had just basically been poisoning myself with something I didn't know I was really scary allergic to. It was so scary." Miley Cyrus's condition is much better