Miley Cyrus insists she is currently single and is ''pansexual''. 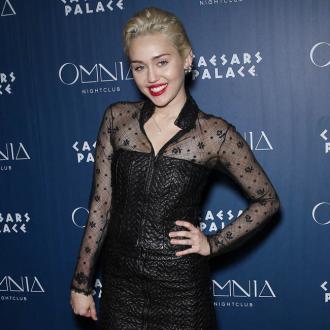 The 22-year-old singer - who was previously engaged to Liam Hemsworth and has recently been romantically linked with Victoria's Secret Angel Stella Maxwell - has no restrictions on who she is attracted to and says she is currently single because she isn't ready to commit to one person.

She said: ''I'm very open about it - I'm pansexual. But I'm not in a relationship.

The 'Wrecking Ball' hitmaker refuses to conform to traditional gender stereotypes and can't ''relate'' to expectations of males and females.

Speaking to the forthcoming October issue of Britain's ELLE magazine, she said: ''I don't relate to what people have made men and women into. I know I'm more extreme and badass than most guys, but that doesn't make me a boy.

''And the other night I wore a pink dress because I felt cute. I can bake a cupcake and then go play hockey.''

And Miley is embarrassed by the amount of money she has made from her job.

She said: ''I was kind of embarrassed that I got paid money to shake my ass in a teddy bear costume. I should not be worth the amount I am while people live on the streets.''