Miley Cyrus: It was a no brainer to do the Manchester benefit concert

Miley Cyrus insists it was a ''no brainer'' agreeing to perform at the Manchester benefit concert and hopes her and her pal Ariana Grande will be able to organise more things like this. 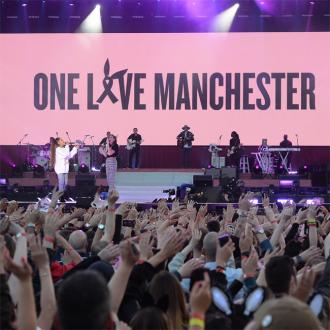 Miley Cyrus says it was a ''no brainer'' agreeing to do the Manchester benefit concert.

The 'Malibu' hitmaker was thrilled to join her friend Ariana Grande at the concert on Sunday (04.06.17) to raise money for the victims of an awful terror attack following an Ariana concert in the north England city only a few weeks ago.

Speaking to Nick Grimshaw backstage at the One Love Manchester benefit concert, Miley said: ''It's a no brainer [when Ariana asked me]. Yes, for sure. I think what I told her too is I plan on making music for the rest of my life and I think that's her plan too.

''If we can be this team until we're old, and continue to do things like this, let's not stop today. Whatever you want to do; whether this is going to be some annual thing ... let's make it a plan that her and I always do.''

Meanwhile, Ariana gave a moving speech at the concert to the crowds - which included a number of those who were at her show when the attack took place - to thank them for being the ''medicine that the world really needs right now''.

She said: ''Before we go any further, I want to thank you all from the bottom of my heart for being here today. I love you so so much. Thank you.

''I want to thank you so much for coming together and being so loving and strong and unified. I love you guys so much and I think that the kind of love and unity we're displaying is the medicine that the world really needs right now. So I want to thank you for being just that.''