Holier Than Thou: Miley Cyrus offers words of "wisdom" on 'The Tonight Show.' 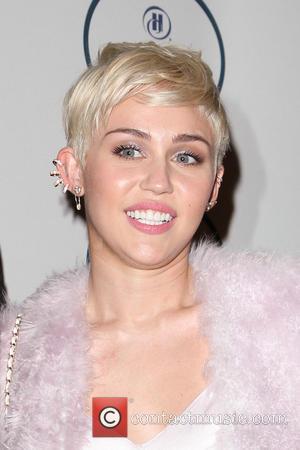 Miley Cyrus has waded in to the recent Justin Bieber debate, offering her own words of wisdom to the troubled star in an interview with Jay Leno on The Tonight Show. The 21 year-old pop star has had her fair share of media controversies, not least her MTV VMAs performance last summer, but nothing so career-destroying as the current media hurricane of negativity Bieber has found himself in. "I know you're friends with Justin. Any advice you would give him?" asked Leno. "I would say [...] you got a lot of money. Pay people to make sure you don't get into trouble and party at your house," said Miley. "Buy a house and add a club to it," advised the well-intentioned 'We Can't Stop' singer.

This would certainly be sound advice if Bieber lived in the middle of the Arizona desert with nothing but snakes and spiders for neighbours for hundreds of miles in each direction. However, Bieber's posse regularly descend on the star's Calabasas mansion for impromptu parties and end up upsetting a lot of other resident in the swanky gated neighbourhood with their mischief. Wild child Miley can probably identify with what the Biebs is going through: she too rose to fame as a talented child star and has had her fair share of acting out. When Leno asked her about any mistakes she regrets, Miley answered carefully. "I get the most flack out of anybody [...] but I'm not doing anything illegal," she argued.

"I'm doing a lot of s**t but I'm not doing anything illegal so that's alright. Everything I do is legal in California," Miley added to the audience's laughter, probably referencing her notorious marijuana habit.

Bieber has had a rocky year in the media after seemingly setting out to prove that he's no longer an angel-faced child star by doing whatever he wants, whenever he wants, to whoever he wants, with some unsavoury consequences. His trail of mayhem came to a head recently when he was arrested for drag racing under the influence not long after he was in trouble with police for egging his neighbours house. Miley's Not Exactly A Shining Role Model Either.

Hours after being bailed Bieber was in trouble again and was forced to hand himself in to Toronto police under charges relating to the assault of a limo driver last year. Meanwhile, a petition to have the Canadian singer deported reached 200K signatures, therefore will warrant an official statement from the White House. For a young singer trying to prove himself in a world that largely didn't like him from the off, 19 year-old Biebs has made some bad choices and will be lucky if any of his billion-strong gang of "Beliebers'" parents ever give him a single dime again.