Miley Cyrus has reportedly lashed out at hotel staff in New York after the singer and her entourage ''caused chaos'' in the lobby. 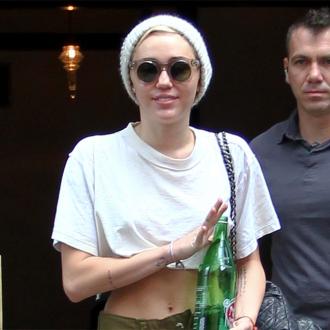 Miley Cyrus has lashed out at hotel staff.

The 'Wrecking Ball' hitmaker is said to have turned on hotel workers in New York when they asked her to keep the noise down as she and her entourage ''caused chaos'' in the lobby.

The 21-year-old star reportedly told staff they ''should be glad to have her'' because she has ''spent so much money there''.

A source told Life & Style magazine: ''It was like a tornado hit the lobby. Miley and her posse took over, screaming and carrying on so much that management received a number of complaints.''

The source even alleges that one of Miley's pals was smoking cannabis during the incident.

They said: ''Led by Miley, someone in the group was smoking pot, and they were swearing loudly and throwing themselves all over the expensive furniture.''

However, the 'We Can't Stop' singer - who is yet to comment on the claims - has since been defended by another insider who says the rumours are false.

A source told E! News: ''There were no complaints. Miley never had an outburst in the lobby.''