Miley Cyrus Made New Album On A Tight Budget

Miley Cyrus Made Her New Album On A Tight Budget Without Financial Support From Her Record Label. 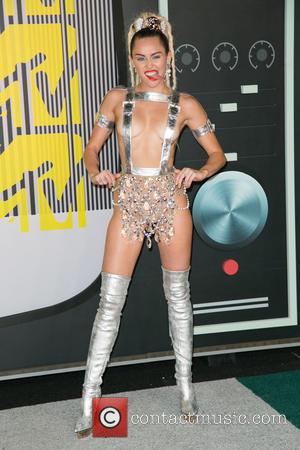 The singer surprised fans by unveiling her new record, Miley Cyrus and Her Dead Petz, at the end of her turn hosting the MTV Video Music Awards on Sunday night (30Aug15).

Cyrus is allowing fans to stream her new music for free online, and she has now revealed the album was made for just $50,000 (£31,250) - a fraction of the cost of her last release Bangerz, which she admits took "a couple (of) million" to get made.

The Wrecking Ball star also reveals she worked on the project away from the control of her label bosses at RCA Records, telling the New York Times, "They had never heard the record until it was done."

Cyrus adds, "That's what I've got the luxury to do... I can just do what I want to do, and make the music I want to make... When I made Bangerz, it was as true to me then as this record is now. It just happened naturally in my head. It's like anything - styles just change..."