Miley Cyrus says she will have many costume changes at the MTV Video Music Awards, promising the most ''colourful'' event in history. 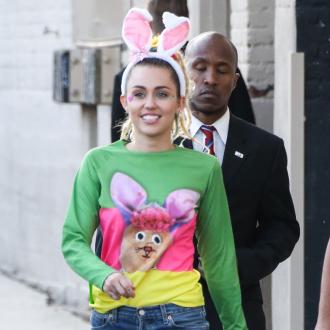 Miley Cyrus persuaded MTV producers to include her in more segments at the Video Music Awards - so she can wear multiple outfits.

The 22-year-old singer, who will host the annual music ceremony tonight (30.08.15), has promised the ''most colourful'' VMAs in history with lots of costume changes.

In a Q&A on the MTV Tumblr page, Miley said: ''i made mtv add me into the show more so i could have more looks lol! so many coloooorsssss and jewllllzzzz =] want this to be the most colorful vmas of all herstory ;) (sic)''

Another fan asked the 'Wrecking Ball' hitmaker about her favourite VMAs moment in history, to which Miley responded: ''hasnt happened yet ;) dis gonna be da craziest vmazzzz of allllll herstory! (sic)''

Meanwhile, the young starlet told her fans that she has learned to love herself and feels more positive than ever.

She explained: ''i love myself =] and i know in my