Miley Cyrus' father Billy Ray is reportedly keen to set her up on a date with a sensible older guy. 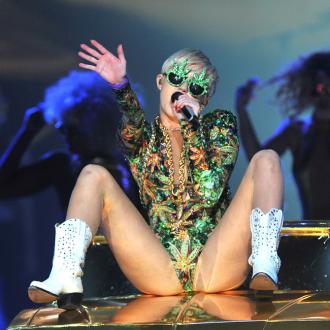 Miley Cyrus's dad wants to set her up on a date.

Billy Ray Cyrus is eager for his 21-year-old daughter - who split from fiancé Liam Hemsworth last August - to settle down with a ''strong and supportive'' guy and already has some ''level-headed'' older guys in mind.

''Billy Ray is looking for someone successful who won't take advantage of Miley.

''He'd love to get her together with country singers like Kip Moore or Chris Young, who are warm and level-headed.''

However, the 'Achy Breaky Heart' hitmaker may have acted too late as it has been claimed the 'Wrecking Ball' singer has been in a secret relationship with producer Mike WiLL Made It for the last nine months.

A source said recently: ''Everybody in her circle knows they've been together this whole time.''

Another insider said that the 25-year-old producer, who worked on Miley's latest album 'Bangerz,' has also formed a close bond with Miley's mother, Tish Cyrus, adding: ''Tish says he's part of the family.''

Miley, 21, is currently on a break from her 'Bangerz World Tour' and will kick off the North American leg on August 1, but she and Mike - real name Michael Williams - make sure to ''talk and text all day, every day'' when they're apart.