Miley Cyrus Mike WiLL Made It Rihanna

Miley Cyrus ''regrets'' being so open about her girlfriend Stella Maxwell because she doesn't feel like the relationship will last after she had an affair. 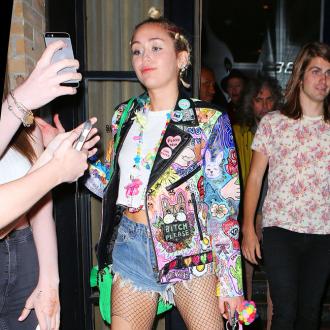 Miley Cyrus ''regrets'' being so open about her girlfriend.

The singer has been dating model Stella Maxwell, 24, for a few months but feels like she should have been more secretive because she isn't sure it will last as she has been adulterous.

A source said: ''Miley regrets being so open about her love for Stella. She sees all the signs that she isn't ready to settle down, and the biggest one of all is that she hasn't been able to stay faithful.''

The 'Wrecking Ball' hitmaker was allegedly caught by the Victoria's Secret model while in the throes of passion with her ex-boyfriend and producer Mike WiLL Made It, who she ran back to when he was rumoured to be dating Rihanna.

The source added: ''She walked in on them one day when Miley wasn't expecting her. Mike left, but Miley and Stella fought for hours!''

And since the embarrassing incident, Miley and Stella haven't broken up but it's been claimed the 'We Can't Stop' singer is starting to question her feelings for her girlfriend.

The source told Life and Style magazine: ''She realises she moved too fast with Stella.''