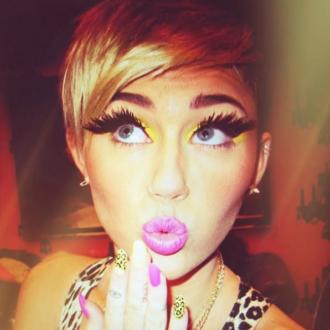 Miley Cyrus has secured a new restraining order against her jailed stalker.

The 19-year-old 'Can't Be Tamed' singer - who was left terrified when intruder Jason Luis Rivera broke in to her property wielding a pair of scissors in September - has obtained a protection order against him even though he is still behind bars as she fears for her safety once he is released.

'The Last Song' star filed the request for a restraining order last Tuesday (30.10.12) against the stalker, who was arrested at her home for trespassing and resisting arrest, and it was temporarily approved by a Los Angeles judge within hours according to gossip website TMZ.com.

The 40-year-old intruder was sentenced to 18 months in jail, but the young starlet is eager to secure a permanent stay away order in case he is released early.

The new temporary protection order states that he must not be within a 1,000 yards of her at any time and a hearing has been scheduled for later this month to decide whether to make the temporary order permanent.

Miley, who is engaged to 22-year-old actor Liam Hemsworth - has refused to move home in spite of the terrifying incident during which Rivera attempted to enter her £3 million gated mansion claiming to be her husband. A neighbour alerted police after he was seen jumping and fence and banging aggressively on Miley's door.

A source previously said: ''She doesn't plan on moving from her home and will not allow crazy people ruin her life.

''When she is home, she has her own security team that she trusts and is confident they would protect her.

''She will not be affected by the incidents that have happened recently at her house. She is relieved that no one was injured and hurt but moving is not an option.''