Miley Cyrus has reportedly turned down several requests to perform on 'The Voice' because of her dislike of Christina Aguilera. 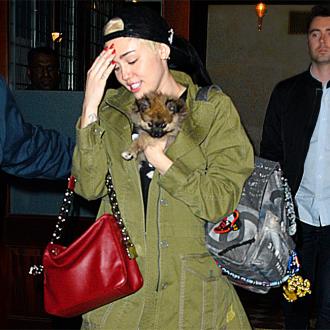 Miley Cyrus has refused to perform on 'The Voice' because of Christina Aguilera.

The 'Wrecking Ball' hitmaker reportedly has an intense dislike of the show's coach - who, like Miley, shot to fame as a young Disney star - and even though the 'Fighter' singer is currently on a two-season break from the competition, she won't sing on the show.

A source told RadarOnline.com: ''Miley is no friend or supporter of Christina, despite the fact they have a lot in common, including long associations with Disney and using some of same people through the years on their respective business teams.

''Even if Christina has temporarily stepped aside, The Voice is still Christina's show and Miley doesn't want to lift a finger to help that woman.''

Show bosses are said to be upset as they are desperate for the former 'Hannah Montana' star to sing on the season finale.

The source said: ''Last month 'Voice' bosses made Miley another offer to have her perform on the finale show and Miley said no - and was very clear about her reasons!''

According to the insider, 21-year-old Miley was annoyed with Christina for a tweet she posted about the chaps she wore at a concert in February, believing what was seen by many as praise to be a subtle reminder the 'Dirrty' star had worn the revealing garment first.

Christina wrote alongside a picture of Miley in costume: ''Cheers from one dirrty girl to the next @MileyCyrus...wear em' loud & proud, girl-yes! (sic)''

The source said: ''Miley couldn't believe Xtina would Tweet about her wearing chaps on stage, reminding everyone that she did it first. It was such a fake compliment and undermined Miley in the process.''