Miley Cyrus To Hit Studio With Flaming Lips For Next Record 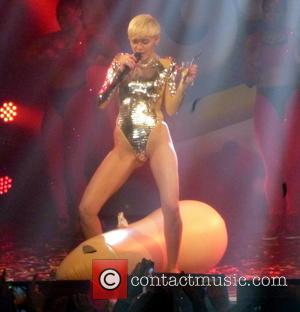 Miley Cyrus is recruiting her pal Wayne Coyne and his band the Flaming Lips for her next album.

The pop star has built up a strong bond with the rocker since they met last year (13), and she wants him to help give her follow-up to hit album Bangerz a more authentic sound.

In an interview with Rolling Stone, Cyrus says, "On my last record, everything we did was with computers. But they’re real musicians - they can change keys on a whim. I've never seen anything like it. They've had me on this journey that’s greater than anything I've been on. It's really deep."

This won't be their first collaboration - Cyrus teamed up with the band for its upcoming Beatles covers album on two tracks, Lucy in the Sky With Diamonds and A Day in the Life.