Miley Cyrus To Raise Eyebrows, And Temperatures, On ‘Two And a Half Men’ 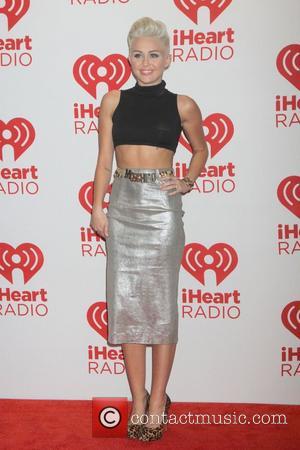 Miley Cyrus’ Two and Half Men appearance is likely to raise eyebrows after still-shots of the episode appeared online. Miley plays Missi, the daughter of one of Ashton Kutcher’s character’s friends.

The stills appear to show Miley trying to get her hands on Walden, flaunting her cleavage whilst sat on his bed. The title of the episode - ‘You Know What The Lollipop Is For’- is plenty suggestive. Backstage at the Emmy Awards on Sunday (September 23, 2012), ‘Two and a Half Men’ star Jon Cryer said the former ‘Hannah Montana’ star will be worth watching for the shock value alone, telling USA Today, “She plays kind of a motormouth character so they gave her page long monologues…Miley brought it, she was fantastic.” Without prompt, Cryer also gave his verdict on the singer/actress’ new blonde hairstyle (which she shows off in the forthcoming episode), saying, “I lay on the side of I love it! I think she looks fantastic.”

Despite the departure of Charlie Sheen, Cryer has gone from strength-to-strength on the long running comedy show, winning the Emmy for Best Comedy Actor on Sunday. At the ceremony, he reflected on how things have changed in recent months, “With Charlie, it (the rhythm) was automatic, we never had to think about it…With Ashton, we’re always working on it, we’re always coming up with more stuff. Show nights go great, show nights go incredibly fast now. It’s a blast”, he said.