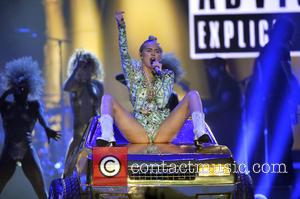 Miley Cyrus has been tapped to make a return to the MTV Video Music Awards, nearly a year after her controversial performance with Robin Thicke in 2013.

The Wrecking Ball hitmaker caused a stir with her raunchy routine with the Blurred Lines singer and now producers have decided to take a risk with Cyrus again.

She is set to make an appearance at the upcoming prizegiving on Sunday (24Aug14).

A representative for Mtv has confirmed to E! News that Cyrus will be on hand for the event, but it is unclear in what capacity she will take part.