Miley Cyrus has reportedly been begging Dolly Parton to let her play her in a movie of her life. 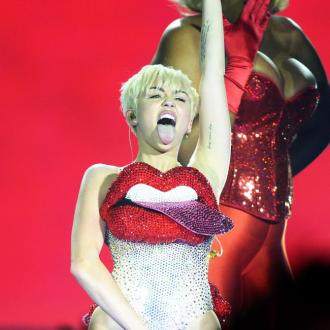 Miley Cyrus is desperate to play her Dolly Parton on the big screen.

The 'Wrecking Ball' hitmaker is concerned the role in the highly-anticipated biopic about her godmother will go to actress Scarlett Johansson and is doing everything she can to convince the 'Jolene' singer she is the right person to play her in a movie about her life.

A source said: ''Miley is bugging Dolly for the role.''

But Dolly refuses to play favourites, even though Miley has been bombarding her with audition tapes.

The insider added to America's Star magazine: ''This movie is her legacy, and she told Miley she doesn't have the acting chops to pull it off.''

The '9 to 5' hitmaker still isn't sure who she wants to take on the role and is considering a number of stars who she thinks could successfully pull off the right portrayal.

The source added: ''Dolly is holding out, though, and isn't 100 percent on Scarlett either. She'd consider Kristin Chenoweth or even Jessica Simpson.''