Warning, Once You See Nicolas Cage in Miley Cyrus' Wrecking Ball, You Can't UNSEE It 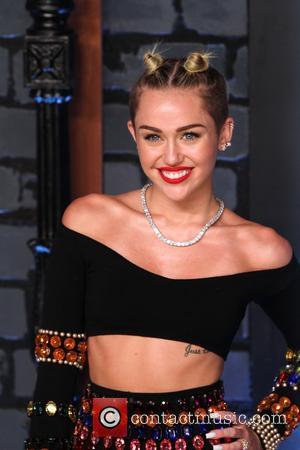 Picture: Miley Cyrus - the 2013 MTV Video Music Awards at the Barclays Center on August 25, 2013 in the Brooklyn borough of New York City....

Miley Cyrus's 'Wrecking Ball' was always ripe for memes. It was almost too perfect for memes. Hannah Montana swinging naked on a demolition ball, crying her eyes out and licking a hammer? Pass the video editing software.

Anyway, someone went ahead and got to work on the new video, cutting and sticking poor old Nicolas Cage into the damn thing. Though the internet has given the creator of the gif a massive digital slap on the back, nobody really gets the Cage/Cyrus mash-up, though, perhaps we don't need to.

Old Nic has a habit of being the subject for internet pranksters. His "Nicolas Cage wants cake" and "Nicholas Cage as everyone" memes took the internet by storm, while the "you don't say" graphic is based on a scene from his 1998 movie 'Vampire Kiss' - used as a sarcastic response to musings online.

After her MTV Video Music Awards performance, the buzz surrounding Miley Cyrus' 'Wrecking Ball' went into overdrive. The Terry Richardson-helmed video has been criticised and ridiculed, though speaking to Elvis Duran and the Morning Show this week, Miley implored her fans to look beyond her suggestive gestures and nudity. "The song is a pop ballad that everyone can relate to; everyone has felt that feeling at some point," she said, adding "If people can take their minds off the obvious and go deeper into their imagination and see what the video really means, it is so vulnerable."

Nicolas Cage has a career outside of internet memes and is currently shooting the action-crime movie Tokarev, with Rachel Nichols and Peter Stormare. It follows a reformed criminal who rounds up his old crew when the Russian mob kidnaps his daughter. A bit like Taken then. Miley Cyrus Stepped Out This Week After 'Wrecking Balls's Release