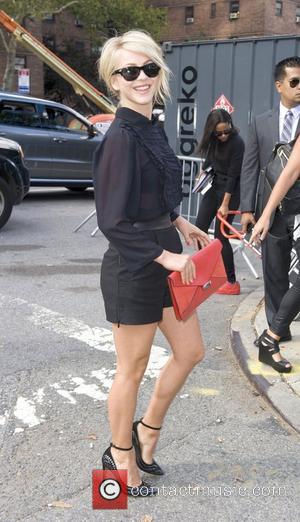 Miley Cyrus was finally able to put recent traumatic events behind her as she stepped out for a lunch date with her fiancé Liam Hemsworth , the couple taking in the lovely Mercado di Vetro restaurant in Los Angeles on Saturday evening (September 15, 2012) with friends. Many of the group were friends of Hemsworth's, and they enjoyed the luxury of a private dining room with a source claiming to People Magazine "They were very affectionate with each other all night, and they were also very sweet to the servers." Hemsworth enjoyed some red wine, whilst the party enjoyed a variety of different options off the menu including meatballs made with veal and beef. Cyrus will be relieved that she can move on from the previous couple of weeks which saw a new look for the 19 year-old quickly overshadowed by first a break in to her house and then allegations that she'd struck a man in the face at a nightclub. It's now been widely reported that a man known as Jason Luis Rivera has since been given a restraining order on Cyrus after entering her house on September 8 with a pair of scissors. Additionally, an incident on September 9 that saw Cyrus allegedly strike a man at Beacher's Madhouse in Hollywood has also been cleared up, with TMZ reporting that video footage has been found, proving the singer is innocent of any wrongdoing.