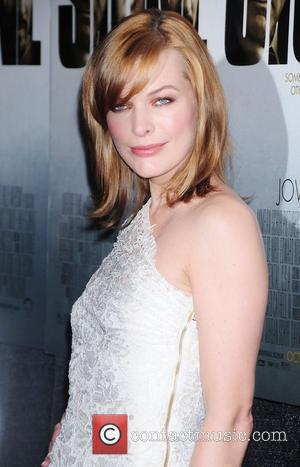 Milla Jovovich, the award-winning actress and star of new movie 'Stone', revealed an all-new look at the movie's New York premiere last week (5th October 2010). The Museum of Modern Art was the venue for the star studded event, which saw the film's lead actors Robert De Niro and Edward Norton also making an appearance.
34-year-old Jovovich walked the red carpet in a one-shouldered Emilio Pucci lace dress, which wowed photographers and the waiting press, however, it was the actresses' new strawberry blonde hair that was the talk of the evening. She told People Magazine that the hair-style is for her new movie, a remake of 'The Three Musketeers', starring Orlando Bloom and Christoph Waltz, before adding, "Let's face it, 17th-century hair kind of sucks. All the girls in the movie are blonde. So I wanted to go for strawberry auburn. Not everybody has that color today. And I liked the idea of something on the blonde side, because it was only in the 18th and 19th centuries that hair got really interesting".
Jovovich's new movie 'Stone' follows the story of a convicted arsonist who looks to manipulate a parole officer into securing his parole, with the Ukraine-born actress playing the criminal's wife. The film was released in the US on Friday 8th October 2010.