A Stunt Double Working On Milla Jovovich's Next Resident Evil Sequel Is Fighting For Her Life In Hospital Following An On-set Motorcycle Crash. 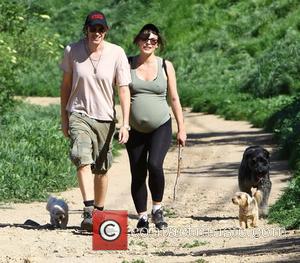 Olivia Jackson, who has worked on Guardians of the Galaxy and Stars Wars: Episode VII - The Force Awakens, collided with a metal camera arm as she was filming a high-speed motorbike chase sequence in Johannesburg, South Africa.

She was admitted to hospital over the weekend (05-06Sep15) with head injuries and a punctured lung, and was subsequently placed in an induced coma, according to Britain's The Sun newspaper.

Her partner David Grant, who is also a stunt performer, wrote in a post on Facebook.com, "She's fighting hard and the team of people working on Olive have been amazing and have been doing some incredible work. Thanks again to everybody! I whisper to her everyday telling her about the support she's getting worldwide!"

Resident Evil: The Final Chapter, the sixth movie in the franchise, stars Jovovich and is written and directed by her husband Paul W.S. Anderson.