Review of Machine 15 Album by Millencolin

Album review of Machine 15 by Millencolin There appears to be a lot of comedy PowerPoint graphs doing the rounds at present, and if one were of such disposition it would be relatively easy to chart the careers of most punk rock bands over time, against their commercialism (or level of sellout for the cynics amongst us)

Put simply, punk rock bands always mellow with time. The vitriol and angst of youth are tempered by the passing of the years. No one ever got heavier or faster did they? Even Minor Threat birthed Fugazi, who, whilst not any less intense, are musically more relaxed.

And so to Millencolin, the Swedish punksters, and their 15th year album, Machine 15. Put simply there is such a gap between the style and content of previous album Kingwood, and this offering that one could imagine this is a different band.

The melody is still there, but the hooks are so sickly sweet at times that they really are totally unpalatable. Two sugars in your tea? - lovely. Six?- erm..no.

'Detox' for example would have been set aside by Busted in their heyday as being too poppy, and 'Come On' grates through it's mediocrity.

There are some beacons of hope in the darkness though. 'Who's Laughing Now' and 'Route One' are more in keeping with previous Millencolin efforts. One of the key differentiations between highlights and lowlights is Nikola Sarcevic's voice. On the stand out tracks, his voice retains the gorgeously rough tone that has characterised some of Millencolin's better efforts, wheras this appears missing from the weaker numbers.

I bet there is dyed-in-the-wool Millencolin fans out there crying as they burn their t-shirts and rueing the day they had that tattoo done. 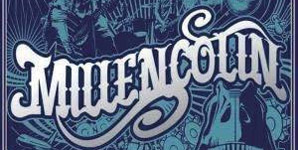