2. Gal Gadot - She's a well known fixture of the 'Fast & Furious' franchise by Gal Gadot landed a mega breakthrough role as DC heroine Wonder Woman in 'Batman v Superman: Dawn of Justice'. Next year the character has a film of her own as 'Wonder Woman' hits in June, and she will also reprise the role in the first two 'Justice League' films. 3. Alden Ehrenreich - He's set to play a young Han Solo in the still untitled 'Star Wars' anthology installment coming in 2018, but it's been quite a good year for Alden aside from that. He's appeared in the Coen Brothers' 'Hail, Caesar!' and Warren Beatty comedy 'Rules Don't Apply', and he's also just finished filming Iraq drama 'The Yellow Birds' with Jennifer Aniston and Jack Huston which is due to be released in 2017. 4. Donald Glover - Under his guise of Childish Gambino, Donald has seen quite the success as a musician over the past five years, but he's excelled himself with his television work this year. Acting is nothing new to him, but 'Atlanta' is the first TV project he's both helmed and starred in and it's gone down a storm. Already he's landed himself a role in 'Spider-Man: Homecoming' next year, as well as the character of Lando Calrissian in the forthcoming Han Solo film. Diego Luna at 'Rogue One' premiere

5. Diego Luna - This Mexican actor is best known for his Spanish-language projects, but this year he's reaching superstar status with his role as Captain Cassian Andor in 'Rogue One: A Star Wars Story' opposite Felicity Jones. His next movie is the 2017 re-make of 'Flatliners' which also stars Ellen Page and Kiefer Sutherland. 6. Lily Rose Depp - Johnny Depp's 17-year-old daughter is following in her father's footsteps having made her leading role debut this year in the Kevin Smith indie horror comedy 'Yoga Hosers' opposite Harley Quinn Smith. She was recently announced to star opposite her father in another Kevin Smith film - 'Moose Jaws' - which is a new installment of the Jay and Silent Bob series of comedies. Tom Holland at 'The Lost City Of Z' premiere

7. Tom Holland - 'Captain America: Civil War' saw yet another incarnation of Spider-Man, and Tom Holland is expected to continue that role into next year's 'Spider-Man: Homecoming' and 2018's 'Avengers: Infinity War'. It will mark the first time Spider-Man has come into contact with the Avengers in the live-action Marvel film franchise. 2017 also teams Tom with Benedict Cumberbatch in Thomas Edison biopic 'The Current War'. 8. Anya Taylor-Joy - This young actress made her feature film debut in Robert Eggers' critically acclaimed New England period horror 'The Witch' last year, and 2016 saw her in yet another horror: Luke Scott's sci-fi tale 'Morgan' which co-stars Kate Mara. She was also in Barack Obama biopic 'Barry', and next year sees her opposite James McAvoy in M. Night Shyamalan's hostage thriller 'Split'.

A number of brand new faces have made themselves known this year; Sasha Lane ('American Honey'), Ruby Barnhill ('The BFG'), Oakes Fegley ('Pete's Dragon'), Auli'i Cravalho ('Moana'), Neel Sethi ('The Jungle Book') and Lewis MacDougall ('A Monster Calls'); but we are yet to see where their career paths take them in the future. 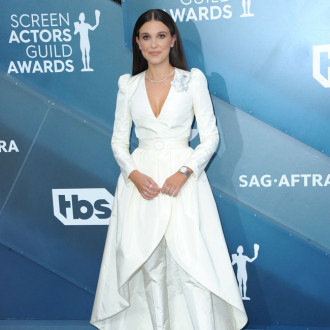