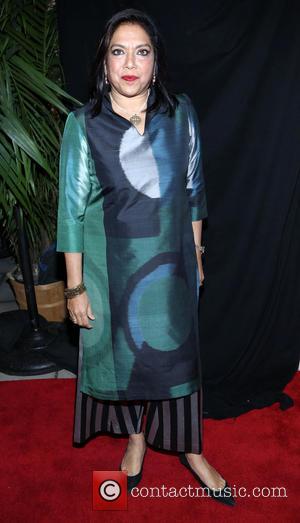 Moviemaker Mira Nair set up yoga classes for the cast and crew of The Reluctant Fundamentalist to help them start the day on a spiritual high.

Kate Hudson and her co-stars were among the devotees who joined the director for an early stretch.

Nair tells Wenn, "I was a student of Iyengar yoga, which is a very classical form of physical yoga. I got tired of making movies and being wrecked by the end of it, so I started with one of the senior yoga instructors who's part of our crew and one hour before we work we practice yoga voluntarily.

"At the end of it you have much greater stamina and much less ego and much more calm."

But Nair couldn't convince her leading man Kiefer Sutherland to join in the yoga sessions.

He explains, "I did not do yoga. The rest of the cast did. I am notoriously inflexible, hopefully more physically than emotionally! I haven't been able to touch my toes since I was about four, so I avoided the yoga."