Miranda Kerr's position as a Victoria's Secret Angel is safe and the rumours are ''untrue'', the label's president and chief marketing officer Ed Razek has confirmed. 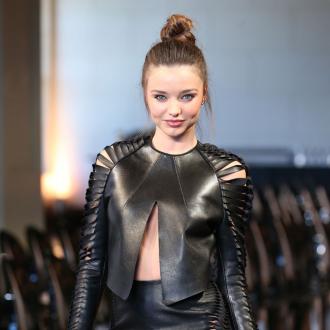 The Australian model was rumoured to be parting ways with the lingerie giant after her $1 million contract had reportedly not been renewed.

UsMagazine.com claimed Miranda - who has worked with the company since 2008 - was no longer a ''big seller'' for the brand since she had a ''difficult reputation'' for turning up late and being ''standoffish'', unlike other models Candice Swanepoel, Alessandra Ambrosio and Adriana Lima.

However, Victoria's Secret president and chief marketing officer Ed Razek has swooped in to deny the claims and insists Miranda's position is safe.

He said: ''Miranda Kerr is one of the best models in the history of the business - and easily one of the most popular.

''She is also a consummate professional. Any rumours to the contrary are simply untrue.''

Ed also said he understands the 29-year-old beauty's commitments to her family - husband Orlando, 36, and two-year-old son Flynn - and won't let it stop her having a place in their show in New York this November.

He added: ''While her international commitments have kept her away from us more than we'd like over the past few years, she will always be an Angel to me.

''We have no plans to stop working with her. In fact, I've already invited her to walk the runway in this year's fashion show and, happily, she's agreed.''

An insider previously said if Miranda was to depart from the label, it would simply be down to a professional decision.

They said: ''If Miranda and Victoria's Secret part ways it's not because of her behaviour. It's purely contractual. She'll be coming back for the show but it's unclear if she'll be in future campaigns. But she is definitely one of the most popular models and in high demand.''