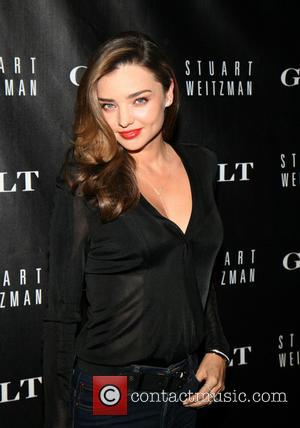 In the most bizarre celebrity story of the week, the Sunday People allege that international supermodel Miranda Kerr split with her husband Orlando Bloom over her love for Justin Bieber. The 30-year-old's friendship with the teenage singer is said to be one of the reasons why Miranda and Orlando, 36, announced that their marriage was over.

Kerr, one of the world's most successful models, apparently spent hours with Justin at a showbiz part in New York in November 2012.

"Orlando heard that there had been some flirting going on and he wasn't exactly thrilled about it," said an insider, "Miranda had always claimed that she was a fan of Justin's music.She has taught her son how to say Bieber fever but it is supposed to have caused an issue."

She was also photographed getting close to Justin in her famous jewel encrusted green corset after a Victoria's fashion show in 2012. Afterwards, it is said the pair partied together into the early hours at a nearby hotel. At the time, Bieber was on a break from his then-girlfriend Selena Gomez.

According to The People, Kerr's husband Bloom had "that sinking feeling" when he heard about his wife's fascination with the pop star.

Despite the split, Miranda and Pirates of the Caribbean star Orlando are still living under the same roof in New York. Earlier this week they emerged arm-in-arm for a family lunch in Central Park, though neither was wearing a wedding ring. Orlando Bloom With His Son Flynn