Victoria's Secret has signed up 19-year-old beauty Toni Garn to be a new angel. 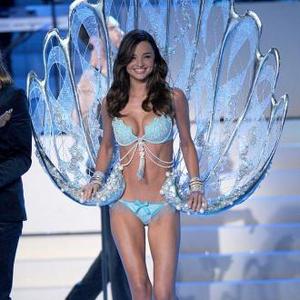 The 19-year-old beauty has only previously walked one runway show for the brand - famous for its extravagant underwear - but has now been confirmed as signing a new contract.

Victoria's Secret has long been known for picking the most glamorous and beautiful women to take part in its extravagant shows, with Miranda Kerr - who was voted the Most Beautiful Person of 2012 earlier this year - among those famed for their connection with the brand.

Despite the glamorous surroundings, Miranda - who has 15-month-old son Flynn with Orlando Bloom - claims she is keener on motherhood and loves spending time with her child.

She said: ''I want to spend as much time with Flynn as I can, and I'd want to put a lot of energy into him.

''He's the most Beautiful Thing, the best thing that's ever happened to me. It's wonderful.

''I'd say what makes me happy is having this little man. I'm the happiest when I'm surrounded by those I love and we are in a natural environment.

''It's the best thing I've ever done. Becoming a mother puts everything into perspective. You become more comfortable in your own skin.''