Blake Shelton's pals are 'in shock'

Miranda Lambert and Blake Shelton's friends are ''in a state of shock'' following their split earlier this week after four years of marriage. 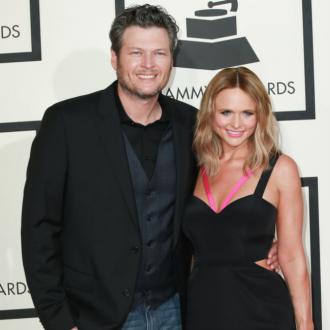 Miranda Lambert and Blake Shelton's friends are ''in a state of shock'' following their split.

The former couple's divorce was finalised earlier this week just hours after they confirmed their separation, but their wedding planner Kathy Best believes they ''were truly meant to be together.''

She said: ''If there were two people who were truly meant to be together, I would have said it was the two of them.''

Aside from organising their nuptials in 2011, Kathy is also Miranda's former publicist and thinks the 31-year-old singer ''deserved the fairy tale.''

She told PEOPLE magazine: ''I can't speculate on their recent circumstances, but as Miranda's former publicist for many years and their wedding planner, I know what they went through to be together and I know how Miranda felt about Blake and about family in general ... Miranda believed in true love and deserved the fairy tale.''

The pair's hometown Tishomingo, Oklahoma, where Miranda owns a vintage clothing store, is also still reeling from the news.

Local resident Ray Lokey said: ''We love them both to pieces. We're so grateful to both of them, especially Miranda. She's turned our local economy around.''

But Sara Potenza, who was one of Blake's contestants on the last season of 'The Voice' USA, believes there were signs the duo were growing apart.

She said: ''She wasn't really around at all, and she never tweeted about any of the contestants or anything during the season, and in the past she has. I guess that's why I wasn't really shocked to hear the news, but it's sad.''

Meanwhile, relations between the duo are said to have become increasingly bitter amid allegations of cheating on both sides.