The 30 year-old country music star features on the front cover of Rolling Stone as part of the magazine's first Country Issue. 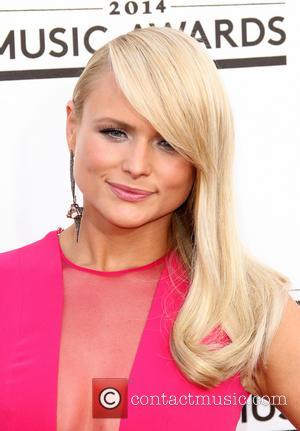 No matter the genre, every singer can appreciate great talent, and that is exactly why Miranda Lambert is such a big fan of Beyoncé.

The 30 year-old country singer spoke about her admiration for the pop star to Rolling Stone, in which she covers the June 19th issue.

"She's a girl from Houston, and she worked her butt off to get where she is," Lambert said to the magazine. "She's not just being carted around on her chariot; she's driving it."

This is certainly true, and Beyoncé will prove how hard she has worked when hitting the road this summer with her beau, Jay-Z, to co-headline the 'On The Run' tour, which will be hitting at least 16 cities across North America.

Lambert also opened up about her marriage to fellow country singer Blake Shelton, and the false tabloid rumors they have to deal with on a daily basis.

"It was pretty instantaneous," she said of her relationship to the 37 year-old. "One day we were country singers, and the next we're on the front of the tabloids. I'm, like, really magical. I've been pregnant for two and a half years."

And it is a wise idea not to accuse Lambert of lying about the inaccurate reports, Blake revealed that she isn't scared to get into a good old-fashioned bar fight.

"People always try to pop off or call her bluff at bars," he admitted. "One of them I don't want to say the guy's name, but he's the lead singer of a very popular rock band. His initials are C.K," (referring to Nickelback's Chad Kroeger).

Lambert's new album 'Platinum' is available for purchase as of today (Tues June 3rd), but many people still want to know if country music's hottest couple will ever collaborate.

MORE: Despite Tabloid Reports, Miranda Lambert Is Not Getting A Divorce, Pregnant Or Anorexic

"I think it's close to time, if we're going to," she explained to Billboard. "There would be nothing better than being able to hang out with my husband on tour, we've never actually done that. We're getting to the point where we want to slow down, we don't want to tour as much, so it's now or never, if you ask me."