Miranda Lambert tries to maintain a healthy diet but enjoys throwing in the towel once in a while to indulge in her favourite foods. 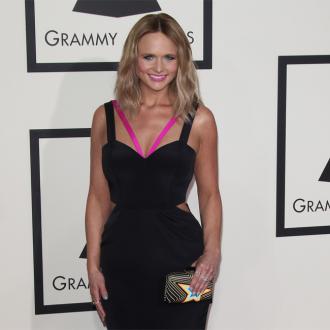 The 'Somethin' Bad' hitmaker has admitted that although she tries to watch what she eats, she also enjoys ''a blow out'' once in a while and indulges in her favourite foods.

She said: ''You have to blow it out every now and then, but then you have to go, 'Okay, maybe I'll skip a couple of those kinds of meals.' You pick and choose your times, but you can't be too hard on yourself for having fun.

''You've got to bounce back.

''Isn't that funny, how we immediately just feel like we've ruined it all?

''I don't think guys brace themselves for the impact the way women do. I'm like, 'I had six onion rings, three mozzarella sticks, two chicken fingers...''

The blonde beauty - who is married to country singer Blake Shelton - also confessed to binging on biscuits during a recent café visit but was quick to confess the sin to her trainer.

She explained to Elle magazine: ''Two days ago I was at the Loveless Cafe in Nashville. I had never been there and basically caused a scene with my biscuit eating. I got back out on the road, where I'm travelling with my trainer, and I was sitting with him at lunch and was like, 'I need to confess something to you.' He was like, 'It's okay, but we're going to run today'.''

Miranda, 31, also tried to be strict with her style when she first started making a name for herself in the music industry aged 17 and refused to swap her comfortable jeans for ''frilly dresses''.

She said: ''When I first started out I was 17. I was 17 to 20 when I was writing my first record. When I got a record deal I said, 'I'm only wearing jeans. I'm not wearing frilly dresses.' Dancing around in sequins is just not who I am. I want to be heard, not seen.

''People were like , 'Well, you know, you need to kind of be flexible on that,' and I just wasn't at all. Looking back on it, it was a little extreme, but I really stuck to it. Luckily it worked, but even if it didn't, I always knew that I'd be able to sleep at night.''