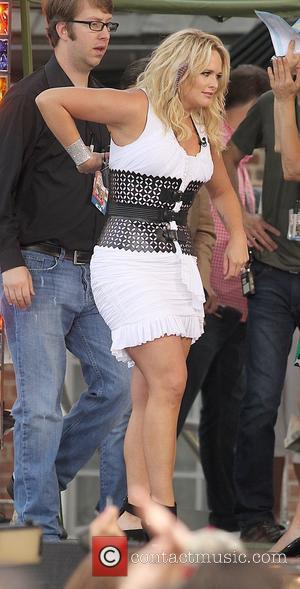 Country star Miranda Lambert felt awful as she fell in love with Blake Shelton - because he was "off limits" as a married man.
The House That Built Me hitmaker, who wed Shelton in May (11), confessed sparks first flew between the couple in 2005 when they performed together at Cmt's 100 Greatest Duets Concert, but the feelings she felt presented a problem because he was already committed to another woman.
Recalling the sticky situation during an interview with U.S. news show Dateline, she says, "I knew he was married (to Kaynette Williams). I had seen their wedding picture in Country Weekly.
"I knew better (than to get involved). Like, this is off limits. My parents are private investigators for God's sake. I've seen this my whole life - affairs. Of all people to know better, I know better than this."
But the chemistry and attraction between the country couple were undeniable.
She added, "I don't know what it was. It was just this draw to each other... I didn't know what to do with it. It was, like, my first duet with some other country star, and I didn't know if it was just initial butterflies because of that."
However, the singer wasn't the only one confused by her emotions - Shelton revealed last month (Jul11) he too had felt troubled by his straying thoughts: "I've never had that kind of experience with anybody. I was a married guy, you know? Standing up there and singing with somebody and going, 'Man, this shouldn't be happening.' Looking back on that, I was falling in love with her, right there on stage."
Shelton and wife Williams divorced in 2006.