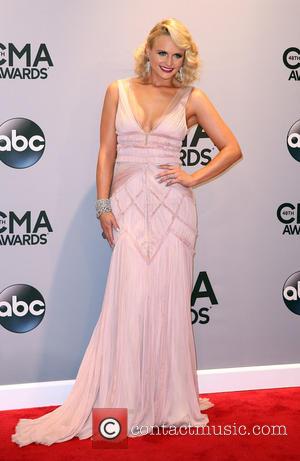 Miranda Lambert was crowned the queen of country music after taking home four trophies at the 2014 CMA Awards on Wednesday night (05Nov14).

The Mama's Broken Heart singer picked up almost half of her nine nominations, including her fifth consecutive Female Vocalist of the Year prize.

Lambert also nabbed Album of the Year for Platinum, and Single of the Year (Automatic). She also scored the Musical Event of the Year award for her we Were Us collaboration with Keith Urban.

The night's other big winner was Luke Bryan, who took home the coveted Entertainer of the Year honour.

Lambert's husband Blake Shelton added another trophy to the couple's collection after he was named Male Vocalist of the Year for the fifth time.

Other victors included Little Big Town (Vocal Group of the Year), Florida Georgia Line (Vocal Duo of the Year), and Kacey Musgraves, who took home the Song of the Year award for Follow Your Arrow.

Vince Gill picked up a special award recognising his impact on country music - the Irving Waugh Award of Excellence has only been given to one other person - late legend Johnny Cash.

The evening at Nashville, Tennessee's Bridgestone Arena kicked off with two high-energy performances from Kenny Chesney and Lambert, who teamed up with Meghan Trainor for a rendition of her number one hit All About That Bass.

Co-hosts Carrie Underwood and Brad Paisley each took the stage to perform their latest singles, and there were also sets from Urban, Tim MCGraw, Lady Antebellum, Dierks Bentley, Jason Aldean, and a duet from Eric Church and George Strait.

Other performances came from The Band Perry, who honoured ailing country music icon Glen Campbell by singing his song Gentle On My Mind, while Little Big Town joined Ariana Grande to sing her hit Bang Bang.

Musgraves surprised the audience by bringing country icon Loretta Lynn onstage for a rendition of her 1971 hit You're Lookin' at Country, and The Doobie Brothers were joined by Hunter Hayes, Jennifer Nettles and Hillary Scott for two renditions of the Michael MCDonald-led band's hits.

Aerosmith's Steven Tyler, actresses Connie Britton and Lucy Hale, and supermodel Lily Aldridge were among the presenters at the ceremony.

The full list of winners for the 2014 Country Music Association Awards is as follows:

Entertainer of the Year: Luke Bryan

Song of the Year: Follow Your Arrow - Kacey Musgraves

Music Video of the Year: Drunk on a Plane - Dierks Bentley

Musical Event of the Year: We Were Us - Miranda Lambert and Keith Urban