Despite Tabloid Reports, Miranda Lambert Is Not Getting A Divorce, Pregnant Or Anorexic.

The 30 year-old singer denies nearly all tabloid rumors about herself and husband Blake Shelton being at odds: I'm happy. You'll have to ask Blake how he feels." 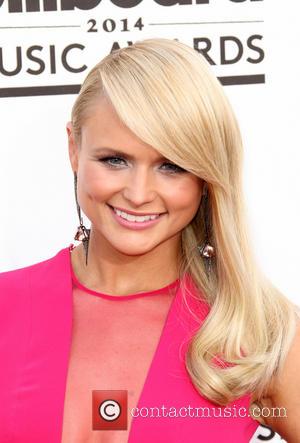 The 30 year-old is currently promoting her newest album 'Platinum', which is being released on Tuesday (June 3rd), and found this as an opportunity to squash any false tabloid rumors.

Lambert and Shelton celebrated their third wedding anniversary last month, and in an interview with USA Today, she spoke very candidly about maintaining a relationship in the public eye.

"Even if it's people you know, sometimes you need to cement it," Lambert said. "It's just like, 'No one come over; we're having us-time for a second.' We haven't seen each other, and we need to be like, 'Hey, how was the last five days?' It just gets too crowded sometimes."

Since tying the knot in May 2011, the couple have been burdened with the press' conflicting, and outlandish, stories that claims they are either getting a divorce, or expecting a child, which she adamantly denies.

And due to Lambert losing a considerable amount of weight last year, many tabloids have reported that she is anorexic.

"I'm not anorexic. I'm not sure if I'm not pregnant, because I'm supposed to be having an alien child. That's the next headline," she said. "The only way that anybody will actually know I'm pregnant is when you see a child."

But this still doesn't stop people inspecting her when she is out in public.

"I can see people staring at me if we go to a restaurant," she said, referring to people looking to see what is in her glass she has in her hand. "I just want to be like, 'It's alcohol! I'm not pregnant.' You know what I mean? 'You want to smell it? It's clear, but it ain't water.'" Lambert & Shelton are not divorcing