'Harry Potter' actress Miriam Margolyes, who plays Professor Pomona Sprout in the film franchise, has never read one of the books or seen one of the movies in the series.

Miriam Margolyes is ''not interested'' in 'Harry Potter' and has never read one of the books or seen a film in the franchise.

According to The Sun newspaper's Bizarre column, Miriam told 'Potter' supporters on celebrity message app Cameo: ''I understand you're a huge 'Harry Potter' fan. Here's the thing, I'm not.

''I've never read the books, I've never seen a film, I just pocket the money when it comes in and I'm very grateful for it.''

Fans can request an £83 video from Miriam on the personal message app, where people can book shout-outs from celebrities.

But in one she made it clear she ''doesn't really want to talk about 'Harry Potter''' on the service.

She said: ''I'm sure Harry Potter's world is a good world, but it's not my world.

''So, I hope you understand that, despite the fact I'm the headmistress of Hufflepuff, I don't really want to talk about Harry Potter.''

In another message, she said: ''I just wish everybody read Charles Dickens a bit more.''

It comes after Miriam recently admitted she was told to ''be quiet'' by Queen Elizabeth at a Buckingham Palace reception 15 years ago, after she butted in on a conversation the monarch was having with another guest.

She said: ''I don't know what possessed me. I behaved in that stupid way that people do when they meet royalty; you lose your marbles. It was a bit pulverising actually.

''I went on talking, I had verbal diarrhoea because I was so embarrassed, I think.'' 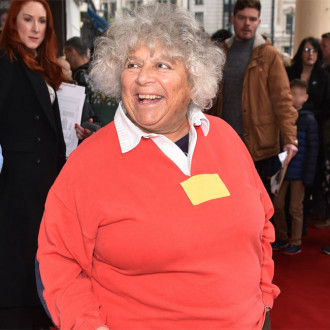