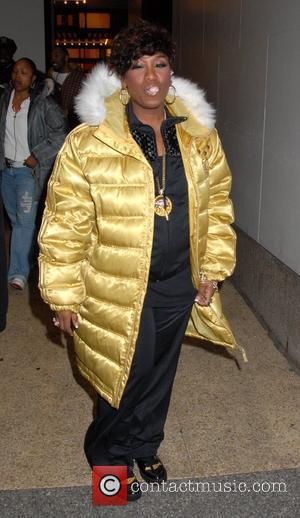 Missy Elliott insists she will not go ahead and work on a posthumous Aaliyah album unless the late singer’s family gives her the green-light. The Virginia born rapper – who was instrumental in Aaliyah’s career – has been rumoured to be involved in a possible project, executively produced by Drake, though after dropping by New York’s Hot 97 radio station, she insists that was not the case. Yet.

Missy and close friend Timbaland spoke to host Angie Martinez about the possibility of an Aaliyah album, though the former insisted, “No call has been made to me…I have to respect her family. Until they come and say they're ready to do an Aaliyah album, I don't wanna get into that.” For his part, Timbaland – who worked on Aaliyah’s 1997 album ‘One in a Million’ - said the idea of another record would be difficult for him to handle emotionally, “For me, I have a hard time just listening to her music. So to sit there and do some music?” he explained, before Missy added, “We're not talking about records that were put out, we're talking about songs that are unfinished…We don't know her reasoning for not putting her records out. She might have felt that that wasn't her best work.” The all-star producing team would probably want to avoid a situation whereby Aaliyah fans felt the posthumous record offered little in terms of interesting new material (similar accusations were targeted at those behind the Amy Winehouse album ‘Lioness: Hidden Treasures’)

In the meantime, fans of Missy Elliott and Timbaland can enjoy two new tracks ‘Triple Threat’ and ‘9th Inning’, released on Monday (September 17, 2012).