Mitch Winehouse has expressed his disappointment Beyonce has chosen to cover his late daughter Amy's hit 'Back to Black' rather than donating money in her honour.

Mitch Winehouse has asked Beyonce to donate money to The Amy Winehouse Foundation.

The late soul singer's father appeared far from impressed when he discovered Beyonce had teamed up with Andre 3000 on a cover of Amy's classic 'Back to Black' track for Baz Luhrmann's movie 'The Great Gatsby'.

Mitch took to Twitter to voice his scepticism about the project - which came about because Beyonce's husband Jay-Z is executive producing the opulent drama's soundtrack - and to suggest the superstar would be better served donating a hefty sum to the homelessness charity he set up in Amy's name instead.

He tweeted: ''First I have heard about Beyonce and Back to Black. Sounds like some of you don't like the idea.

''I don't know this but what if Beyonce gave £100,000 to foundation. Do you know how many kids that would help? Just putting it out there!

''Let me repeat. This is the first I have heard of Beyonce doing Amys song. (sic)''

This isn't the first time Mitch has called on the super-rich to donate to the charity in a meaningful way. Last month he made at jibe at New York City's Mayor Bloomberg during a gala for The Amy Winehouse Foundation.

He sneered: ''That's a wonderful dedication. Would've been better if you sent $10 million, but you know a nice little thing in a plaque is very much appreciated.'' 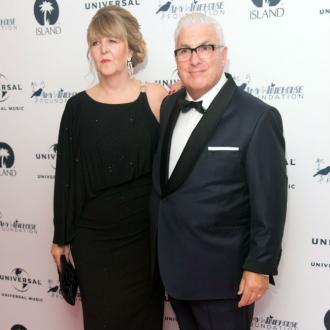